Sabaidee, said the Father of the Sustainable Development Goals

A LEADER WITH A VISION

Ban Ki-moon is known as the leading force behind the new global development agenda, which came into effect at the beginning of this year, with the Sustainable Development Goals (SDGs) at its core. The SDGs are a set of 17 globally agreed goals with the aim to end poverty, fight inequality and injustice, and tackle climate change worldwide, with the target date of 2030.

United Nations Secretary-General Ban Ki-moon’s visit to Lao PDR was centered around the ASEAN Summits in September 2016. Lao PDR hosted the 29th and 29th ASEAN Summits in Vientiane, as Chair of the Association of South-East Asian Nations ASEAN.

As his main message, the Secretary-General urged all ASEAN leaders to ensure the implementation of the SDGs. Ban Ki-moon also advocated for all countries to ratify the Paris Climate Agreement.

While on the ground in Lao PDR, the Secretary-General met not only with Lao leaders, but also held bilateral talks with other Heads of State.

HELP FOR A HEAVILY BOMBED COUNTRY

Lao PDR is one of the most heavily bombed countries in the world by head of population, following the Second Indochina War. Unexploded ordnance (UXO) left behind as sad legacies of the war continue to be a threat to the lives of rural populations and a hindrance to the use of land for agriculture and development. The Secretary-General had the opportunity to learn more about UXO clearance, mine risk education and assistance of victims during a visit to the national clearance operator, UXO Lao’s Training Center.

To raise international awareness of the problem, the Secretary-General launched, together with the Lao Government, a Lao-specific SDG number 18 with the title “Lives safe from UXO”. This national goal is the the newest addition to the set of 17 global Sustainable Development Goals, which is a renewed commitment for a future safe from UXO in Lao PDR, and for dignified lives for all UXO survivors.

The Secretary-General congratulated the Government of Lao PDR on ratifying the Paris Agreement on Climate Change, stressing that Laos was the first ASEAN country to join the agreement, a significant step towards bringing this historic agreement into effect this year. During his visit, Lao Prime Minister Thongloun Sisoulith handed over the signed agreement to Ban Ki-moon.

The Secretary-General’s visit to Lao PDR was a welcome occasion to sign the new Lao-PDR - United Nations Partnership Framework. From 2017, this document will guide the collaboration for national development by boosting economic, human and environmental benefits simultaneously. Mr. Somdy Douangdy, Deputy Prime Minister and Minister of Finance and Ban Ki-moon witnessed the signing.

ENGAGING WITH THE COMMUNITY

While in Vientiane, Mr. Ban, together with his wife Ban Soon-taek, visited a community-based drug treatment centre at to learn about youth drug use, treatment approach and hospital care of drug users in Lao PDR in a visit coordinated by the United Nations Office on Drugs and Crime (UNODC) and the World Health Organization (WHO). 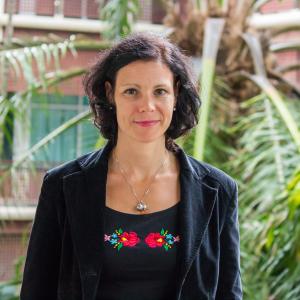