Our Team in Lao PDR

RCO
Resident Coordinator
rcs-laopdr@un.org
Sara Sekkenes is the UN Resident Coordinator to Lao PDR since 2019. Prior to this appointment, Sara has worked with the UN for 14 years, serving in duty stations at the headquarters in New York and in Geneva. Sara recently served at UNDP in Geneva as Adviser on Partnerships and Conflict Prevention (2015-2019) and as Team Leader, Conflict Prevention and Recovery (2011-2014), engaging in violence prevention, arms control and mine action work.

Before joining the UN, Sara worked with the non-governmental organization Norwegian Peoples Aid as Country Director in Mozambique, managing a 350-staff humanitarian mine action programme (2004-2005), as Policy Adviser at their headquarters in Norway (2001-2004), as Programme Adviser in the Balkans (2001), and as Programme Manager in Angola (1998-2000).

A national of Norway, Sara holds a Master’s degree in Human and Physical Geography and additional university degrees in Development Studies and Political Geography.
Read more 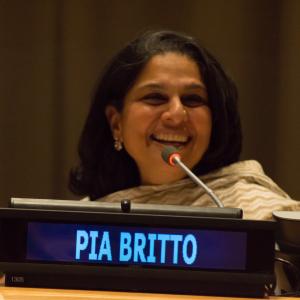 Dr. Britto obtained her doctoral degree in developmental psychology from Columbia University and prior to joining UNICEF she was an Assistant Professor at Yale University’s Child Study Center.

Dr. Britto is known globally for her expertise in early childhood programmes, policies and advocacy. She has worked extensively with partners to advance the ECD agenda globally, and nationally, to give every child a best start to life. The focus of her work has been on strengthening multi-sectoral programmes for young children and families, measuring of results, mobilizing political commitment, creating a global architecture for ECD and setting technical standards of excellence.

Dr. Britto is the recipient of several national and international awards in recognition for her work and has published numerous books, articles, chapters and reports.
Read more 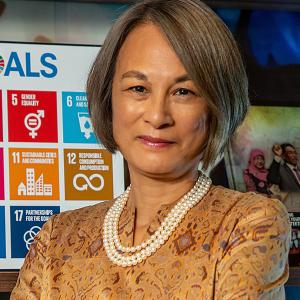 WHO
Representative
loy@who.int
Dr Ying-Ru Lo has joined as WHO Representative to Lao PDR in January 2022 after serving four years as WHO Representative to Malaysia, Brunei Darussalam and Singapore. In her position as Head of Mission, she led strategic and policy dialogues with the Ministry of Health and partners. Building upon her rich public health experience she was successful in enhancing WHO’s presence, excellence and visibility during the COVID-19 pandemic response in Brunei Darussalam, Malaysia and Singapore. She was instrumental in guiding the three-level support of WHO and partners to close the poliovirus outbreak in Malaysia.

In her new role, Dr Lo firmly believes in the importance of partnership, in health equity of reaching the unreached and building capacity in global health.

Dr Lo is an infectious disease physician from Hamburg, Germany with over 30 years of experience as a clinician and public health adviser. She started working for the World Health Organization (WHO) in 1998, holding positions at country (Thailand and Malaysia), regional (South-East Asia Regional Office in New Delhi and Western Pacific Regional Office in Manila) and headquarters levels (Geneva).

Dr Lo has more than 65 peer-reviewed articles showcasing Asian expertise in global health published in reputable international journals such as Nature Medicine and The Lancet. She is an associate editor of the Western Pacific Surveillance and Response Journal.
Read more 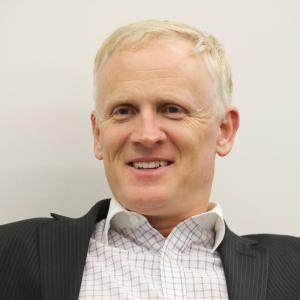 Alex joined the World Bank in 2005. Before coming to Laos, he was the Country Manager for Belarus (2017-21), Moldova (2014-17), the Kyrgyz Republic and Turkmenistan (2010-14). On joining the Bank in 2005, he worked in the Middle East and North Africa region as a Senior Sector Economist. During that time he published several research works on agriculture, the impact of the 2006 war in Lebanon, energy efficiency and lagging regions. He was the lead author of "Poor places, thriving people: how the Middle East and North Africa can overcome spatial disparities" (2010).

Before joining the Bank, Alex worked for the UK Department for International Development in India as National Program Manager, and as an EU official, including as Economic and Political Counsellor in Harare, Zimbabwe.
Alex Kremer holds degrees in Economics from Cambridge and London Universities, a Ph.D. in Economics from London, and a Diploma in Business Administration. He is married with three children and enjoys singing, writing, visiting mountains and foil fencing.
Read more 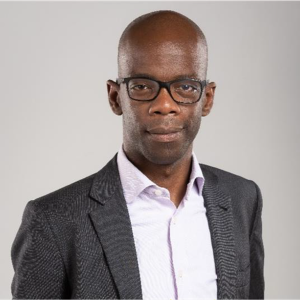 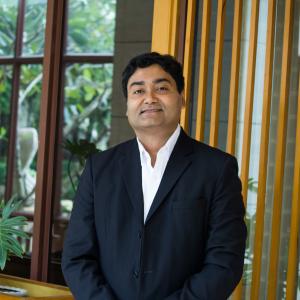 UN-Habitat
Chief Technical Advisor
avi.sarkar@undp.org
Avi Sarkar (India) is the Regional Advisor covering South-East Asia for UN-Habitat. Besides representing UN-Habitat in Lao PDR, Dr. Sarkar also heads the Urban Basic Services Programmes in the South-East Asian region. He has earlier worked as the Regional Coordinator for South-East Asian Region for the Norwegian People’s Aid and has also worked in the private sector as analyst in a fund management group

Dr. Sarkar has a PhD in Management and two Master’s degrees in Business Administration and in Environmental Economics. He also has an Honors in Physics.
Read more 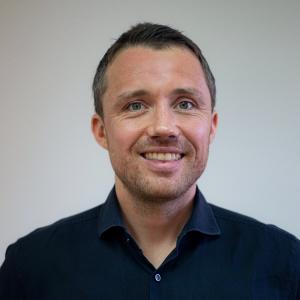 UNODC
Programme Manager and Officer in Charge
erlend-audunson.falch@unodc.org
twitter
Erlend Audunson Falch is the Programme Manager for UNODC’s Alternative Development programme in Lao PDR. Erlend has held this position since 2016, before which he worked for UNODC in Myanmar (2014-2016). Prior to joining UNODC in 2014, Erlend spent five years working in Ramboll Management Consulting in Oslo, Norway. Erlend holds a Master’s degree in International Relations and a Bachelor’s degree in Political Science.
Read more 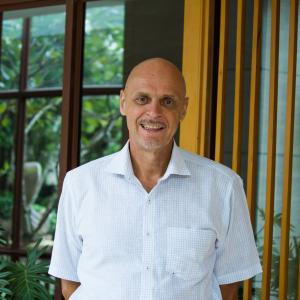 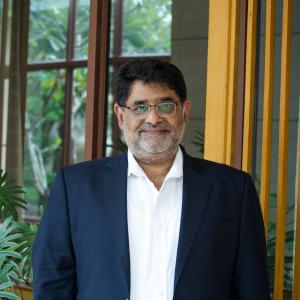 Prior to his present assignment as FAO Representative to Lao PDR, he worked as Assistant FAO Representative (Programme) at FAO Pakistan since 2013. He started his career as a Civil Engineer in 1993 and subsequently joined the Pakistani Civil Service. He worked in Pakistan's diplomatic service both in Pakistan and abroad and served as the Deputy High Commissioner in Pakistan's mission at Maldives for four years.

Nasar joined UNDP in 2006 on Governance related projects, and has also worked with USAID as an Economic Growth Specialist and with Asian Development Bank as a Monitoring and Evaluation Specialist in Pakistan. He re-joined UNDP to manage a high profile project that supports Election Commission of Pakistan. Intermittently he has worked as consultant with various agencies including AusAID, UN-Women and Norwegian Embassy's Development Sector.

Nasar holds a bachelor's degree in Civil Engineering and a Master of Law and Development degree.
Read more 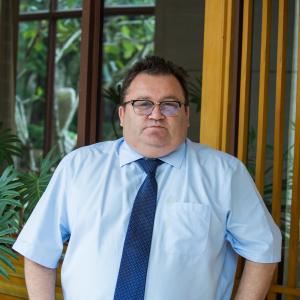 UNCDF
Regional Technical Advisor
paul.martin@uncdf.org
Paul A Martin is a graduate professional working over the last 10 years within the ASEAN Member States with specific emphasis on the Greater Mekong Sub region.

As the UNCDF Senior Regional Technical Advisor, he has a corporate responsibility for UNCDF country portfolios for local economic development finance in all ASEAN Member States and three more countries and the Pacific Islands. Paul has worked in various global locations that include East Africa, South East Asia, including China, South Asia, Balkans, Eastern Europe (former Soviet Union), and the Middle East. Throughout his international career he has worked for international agencies and private sector companies.
Read more 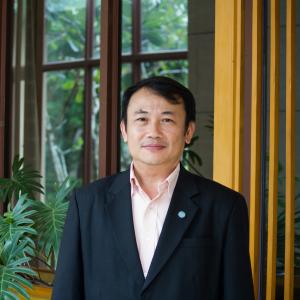 He has many years of experiences in various areas such as poverty reduction through value chain sustainable development and private sector participatory, financial auditor, banking and finance, and commerce. 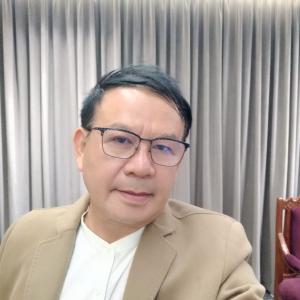 ILO
ILO National Coordinator
Mr. Viengprasith has held the post of ILO Coordinator in Lao PDR since 21 July 2022. Prior to take this position Prasith join ILO as Safe and Fair National Project Coordinator since November 2018.

Prasith graduated from former Soviet Union (Ukraine)-as engineering on Machine et Chain Automobile and also completed his master from Lion (French) on Project Administration and Management, completed his fellowship at School International Training (SIT) in Vermont and Colombia University on project management and public advocacy in USA and has several esteemed degrees and certifications.

Prasith brings with him rich experience having worked in the government such as Ministry of Public Work and Transportation and Ministry of Defence, IOs, INGOs and local CSOs. First started with UN agency was Food Agriculture Organization; Handicap International as deputy director in Laos, National Regulatory Authorisation for unexploded ordnance; Danish Red Cross; The Asia Foundation, Care International and support other local CSO. He has been working on issues of GBC, women’s empowerment, especially specific to vulnerable women and children including women with disabilities, dignified work and migrant women, human trafficking issues in the last three decades. He has huge experience on liaison and coordination with government agencies.
Read more 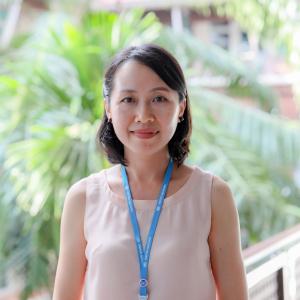 She has many years of work experience in a wide range of sectors including international organizations, local NGOs, and private sector. She spent over 10 years (2003 – 2015) working for then Australian Agency for International Development (now Department of Foreign Affairs and Trade) in the area of basic and higher education and in managing human resource development program. She worked as a Communications Consultant for the World Bank in 2017 – 2019. She became Vice President of Children’s Home Foundation in 2018 while also taking on a role of General Manager in a private sector.

She graduated in International Relations under Australia Award Scholarship and in Human Resource Development under Fulbright scholarship.
Read more 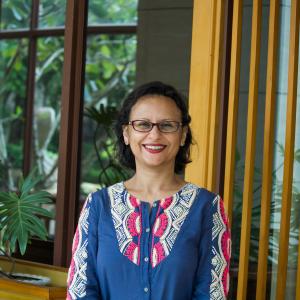 UNFPA
Representative
mkhan@unfpa.org
Ms. Khan has over 20 years of diverse experience in leading and managing development programmes, humanitarian response and change management initiatives in various locations including UNFPA HQs, Sub Saharan Africa and Asia. She was appointed UNFPA Representative to Lao PDR in 2018.

Previous assignments include UNFPA Representative in Algeria (2015-2018), leading the UNFPA office in Tanzania and as Deputy Representative working in UNFPA China also covering DPRK. She supported the 2004 Tsunami response for UNFPA in Indonesia and led the 2008 Wenchuan, China earthquake response as UNFPA Representative a.i. She is a human rights-based approach facilitator for the UN Staff College. Prior to working with UNFPA, Mariam has experience with the First Women's Bank in Pakistan and in research institutes in China. 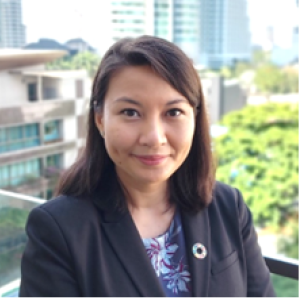 Ms Ongpin is an international development and public health specialist with over 15 years of experience spanning across Asia, Africa, and Europe. As a strong advocate for equality and leaving no one behind, she has a rich background in coordinating evidence-based decentralized programmes that focus on inclusiveness, partnership, and sustainability.

Ms Ongpin was most recently the Regional Fast Track Advisor for the UNAIDS Regional Support Team in Asia and the Pacific. Prior to this, Ms Ongpin served in UNAIDS as Fast-Track Advisor in Namibia and Strategic Information Advisor for Sierra Leone and Liberia. 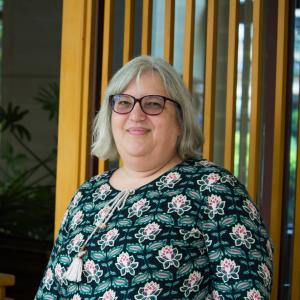 Ms. Rieger has worked with the United Nations Development Programme for more than 30 years, serving in Country Offices as well as Headquarter duty stations. Most recently she served as Programme Advisor/Team Leader for Afghanistan, East Asia and the Pacific in UNDP's Bangkok Regional Hub (2014 - 2019).

She has a degree in Economics.
Read more 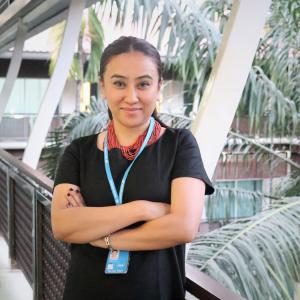 Ms. Tuladhar has been working with IOM in different capacities since 2015, serving as a Program Manager at IOM Maldives and as Head of the Migrant Protection and Assistance Unit at IOM Azerbaijan.

Ms. Tuladhar holds a Master’s degree in International Business with an emphasis on Economics.
Read more