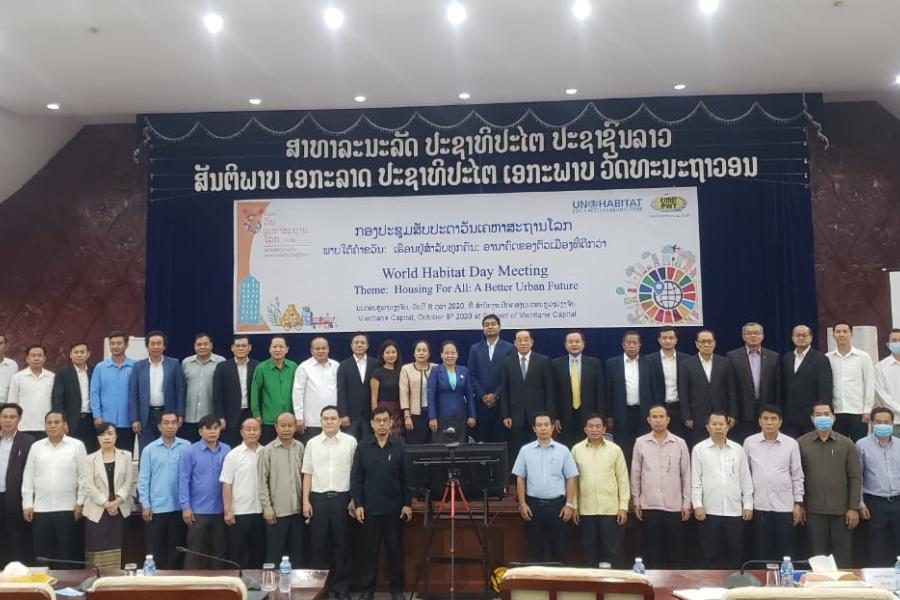 The meeting was attended by approximately 150 representatives from relevant ministries and departments, including the Department of Housing and Urban Planning (DHUP) and Information Bureau of the Politburo of the Central Committee. An additional 250 provincial government officials also participated virtually from their respective offices through a video conference call.

The Minister of MPWT chaired the meeting and consultations on this year’s theme, “Housing For All: A Better Urban Future”, while it was co-chaired by the Vice Mayor of Vientiane Capital City and UN-Habitat. The Minister of MPWT, His Excellency Dr. Bounchanh Sinthavong, stressed the importance of affordable housing programmes and broadening partnerships between the private and public sectors to create competitive labour market while fostering sustainable housing environment in the country.

UN-Habitat shared the Executive Director’s message on the occasion of WHD 2020, focusing on the five-week long “Housing for All” campaign to achieve inclusive, affordable and adequate housing for all, which is one of the United Nations Sustainable Development Goals (Goal 11). Other representatives from UN-Habitat delivered presentations on the principles of “Housing for All” campaign and their ongoing shelter projects in Lao PDR.

The representative from Information Bureau of the Politburo of the Central Committee shared the Party’s vision to develop a Smart City based on information technology in line with the Master Plan. The Vice Mayor of Vientiane Capital City concluded the meeting and expressed his gratitude for fruitful discussions and the occasion to commemorate the WHD.

In addition, Lao National Urban Forum (LNUF) was launched by the Minister of MPWT. The preparatory work on the LNUF was led by DUHP and UN-Habitat.

WHD was established in 1985 by the United Nations General Assembly and was first observed in 1986. Each year, WHD focuses attention on the state of the world's towns and cities; theme for this year’s WHD was “Housing For All: A Better Urban Future”. Currently, one billion people in the world live in overcrowded settlements with inadequate housing, which, by 2030, will rise to 1.6 billion. In Lao PDR, it is estimated that approximately 31.4 per cent of the urban population lives in slums.[1] 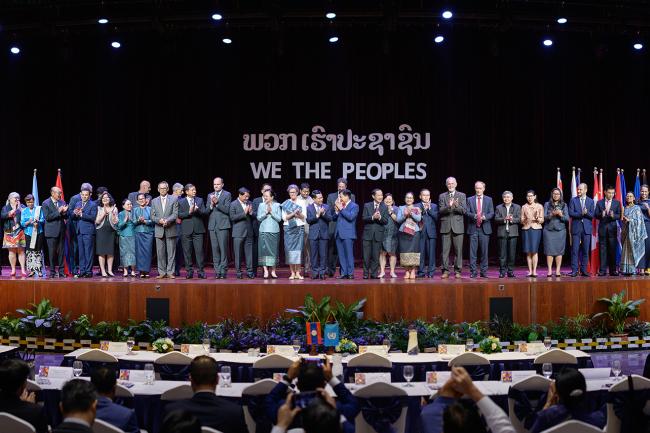 UN75: Shaping the Future We Want together 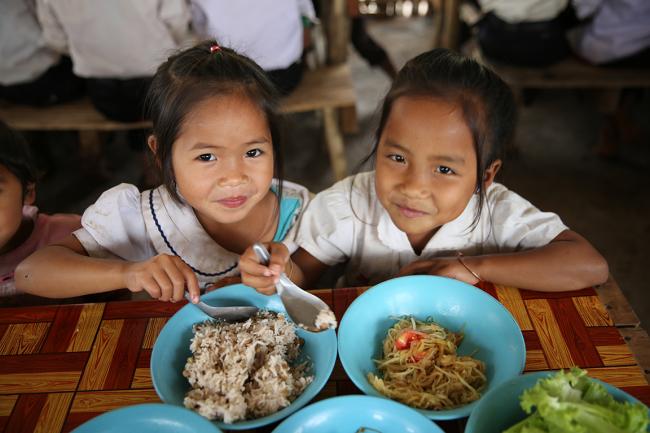 The pandemic has pointed again to the importance of local production and in-country food systems. 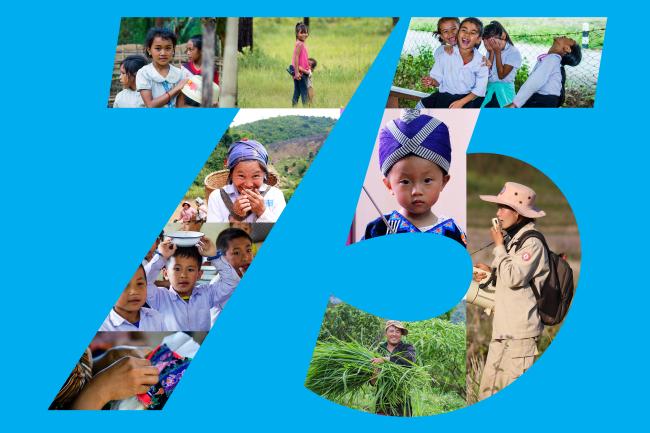 Op-Ed in commemoration of the 75th Anniversary of United Nations