As we approach the annual global 16 Days of Activism against Gender-Based Violence campaign (running from 25 November untill 10 December), it is time to join forces in Lao PDR within the framework of the UN Secretary General’s efforts to promote gender equality and, in particular, to work on prevention of violence against women and girls. Ending all forms of violence against women is an integral part of the Agenda 2030 for Sustainable Development and the Global Goals, agreed by all UN Member States, including Lao PDR. In addition to gender sensitive policies and programs, it will require both men and women to work together to change attitudes and break gender stereotypes in families, communities and workplaces. It will require creating safe spaces for victims of sexual harassment to fearlessly speak and lodge complaint without getting blamed, penalized, stigmatized or humiliated, and, at the same time, feel fully assured of quick and fair response.

A gender sensitive and harassment free workplace is also key to delivering on UN’s mandate of Human Rights based development and the Sustainable Development Goals.

The policy covers all UN staff, consultants, contractors and vendors who are paid by UN. We are committed to creating respectful work place, protect whistle blowers, create safe space for victims to speak up and institute transparent mechanisms for fair and swift response.

We will also support and encourage the Government of Lao PDR to adopt the policy of zero tolerance against sexual harassment in all work and public places and to take measures to break the culture of silence and impunity so that sexual harassment by anyone and anywhere in the country is unacceptable and unpardonable.

We also ask all our counterparts in non-governmental organizations, businesses, international organizations, Embassies and charities in Lao PDR to adopt zero tolerance policy against sexual harassment and join hands of the UN and the Government in eliminating all forms of violence against women and girls. Starting from November 25, the UN Country Team members in Lao PDR will join the Government, civil society and other partners in the 16 Days Campaign #EVAWLaos, sharing messages on acting together to end violence against women and girls in the country. 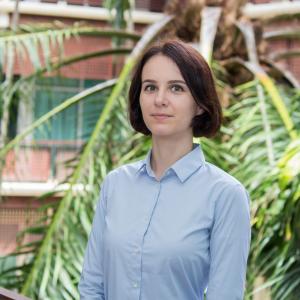