“More to coffee than one would have thought”

Huapanh, Lao PDR (March, 2022) – Resident Coordinator to Lao PDR, Ms Sara Sekkenes, conducted a field visit to coffee growing communities supported by UN Office on Drugs and Crime (UNODC) in Huapanh province. The project centres around the Vanmai Coffee Cooperative, which consists of 383 farmer families, who joined forces to better represent their interests and grow coffee sustainably. While appreciating the stunning mountainous landscape of Huapanh, the Resident Coordinator and her team learned that there is much more to coffee and UNODC’s project than one would assume at first sight.

Fighting against the opium production. On Monday morning, the Resident Coordinator set out with UNODC’s team to visit a farming village of the Vanmai Coffee Cooperative, about an hour ‘s drive from the picturesque provincial capital of Sam Neua. UNODC’s project manager, Mr. Erlend Audunson Falch, explained that local farmers have been growing opium for generations in this region. One of the project objectives and the cooperative’s key aim is to grow coffee as an alternative cash-crop. The planting, harvesting and local processing of coffee should provide the farmers with a stable and fair income. Detailing the income he earned last year, proud farmer Mr. Xaiphone explained that together, the members of the Vanmai Coffee Cooperative have already planted around 400 hectares of coffee and exported nearly 20 tons of coffee beans in 2021 to the French coffee company Malongo.

Supporting local talents and providing quality jobs. At the coffee plantation, the Resident Coordinator and her team were introduced to UNODC agronomist, Ms. Somephone Sinxaypunya, who skilfully guides the farmers on cultivating and harvesting practices, processing requirements and the best storage conditions for the coffee beans to render the highest quality coffee and the possibilities to qualify for Fair Trade marketing. Graduating in 2016, Ms Somephone studied agronomy at the National University of Laos in Vientiane and has been supporting the project since she left university. Informed by her technical and professional guidance, the team of village workers, after cleaning, weighing and registering each farmers plot contribution, filter the harvest through the many quality criteria outlined, including studying the colour, size, and density of each individual bean to ensure that the quality of the coffee meets the high standards of the European export market. Reaching its fifth year of growth, with the maturing of the plantation, and the primary and secondary processing, the coffee harvest in 2021/22 is set to yield more than 40 tons of green beans for export, a doubling of the amount exported in 2020/21. This directly results in higher incomes for the farmer families and the possibility for further investments into the cooperative. As of now, the Vanmai Coffee Cooperative consists of 383 families from 12 villages in four different districts in the north-eastern-most province of Huapanh and employs 5 staff and is looking for further talents in Lao PDR.

Preserving natural resources and the environment. Continuing the journey, the UN team learned that nature friendly production is a core objective of the cooperative. The farmers receive guidance on organic pest treatment and fertilizer production, and is transitioning into fully organic production. The cooperative has its very own environmental protection officer whose work is to continuously improve the environmental footprint of the organisation across the value chain. Amongst other, village compost and coffee bean pulp form the basis for Vanmai’s own biological fertiliser production, which is used to boost the growth of the coffee bushes; other productive crops, including shade trees and citrus shrubs native to the area are planted interspersed among the coffee bringing additional nutrients to the soil and the farmers ensure that no chemicals and pesticide residue enters back into the water table. The cooperative is currently also exploring opportunities to receive an organic production certification that will further position its produce on the bourgoning European coffee gourmet market.

Strengthening solidarity and empowering women. After learning more about the many facets of coffee cultivation in the field, the group travelled back to Sam Neua to meet the management of the Vanmai Coffee Cooperative at its local office. The manager, Mr Tee Yang, elaborated the cooperative’s growth since the start-up in 2019 and its plans for further expansion. An important element of the project is to strengthen the local community’s cohesion and encouraging knowledge sharing. Today, the 383 families make up the core of the cooperative but during our visit, discussions were held with the local authorities of expanding the plantations with an additional 400 hectares which would benefit an additional 400 families in other remote villages. Additionally, Vanmai wants to strengthen women’s representation. It has recently established a women’s network with 12 elected members. The network’s aim is to support female leaders through in-depth trainings on commercial coffee cultivation and sale. At the end of the presentation, the group was offered a cup of Vanmai’s own coffee and was convince about the quality of the beans and further prospects of the cooperative. A short trip up the hill, the visitors were also showed the location for a new larger office, processing and storage facility which would also cater a showroom and café.

Working closely with the local Government. After a good night’s rest – despite the coffee tasting the previous day – Ms Sara Sekkenes and the UNODC team met with the Governor of Huapanh, H.E. Mr. Vanhxay Pheangsumma. The Governor emphasised that as reflected in the National Agenda, drug prevention is a priority of the Government of Lao PDR. Under the Governors leadership, the province has provided generous support for the project since the beginning and recently decided to allocate additional land to the Vanmai Coffee Cooperative where they can construct their own office and processing facility, with support by the project. This will enable the cooperative to independently and sustainably control the full value chain until the coffee is exported.

Sustainability and local ownership. The UNODC supported project duration was recently extended until December 2023 based on available funding, with the aim to continue supporting local efforts until at least 2025. In the long term, the Vanmai Coffee Cooperative is envisioned to operate on its own. The signing of a long-term commercial partnership agreement with the renowned French coffee roaster Malongo, last April marks an important step towards financial autonomy. Further thoughts are also being introduced with regards to the longer-term sustainability against the backdrop of climate change and workshops on climate action, mitigation and adaptation efforts are also being discussed to secure the beautiful slopes of expanding coffee plantations across the province. Until this can be achieved, the motivated team from UNODC continues its invaluable engagement for the cooperative.

The Resident Coordinator and her team returned to Vientiane with many new impressions about the project and its many facets including drug prevention as the original rational underpinning the alternative community development initiative, the local economy and job market, trade and value chains, environmental aspects and women’s empowerment set in the midst of the larger community cooperative, built on values of solidarity and social cohesion, and employing numerous of diverse skills sets including accounting, human resources, marketing, management, transport and logistics, to name just a few. The dedication of UNODC’s team, the employees of Vanmai as well as the farmer families was truly inspiring and can serve as an example for many other initiatives in Lao PDR. 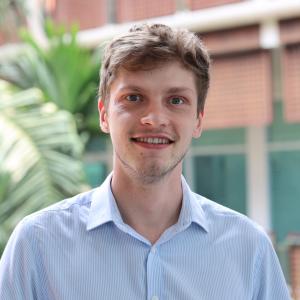