Vientiane, 13 July 2021 – The Ministry of Foreign Affairs (MoFA) and the United Nations (UN), jointly organized a High-level meeting of the Government of Lao PDR – United Nations Joint Steering Committee (JSC). During the event, the High-level JSC finalized the new United Nations Sustainable Development Cooperation Framework (UNSDCF), which will now be submitted for formal approval by the Government. The new Cooperation Framework will guide the work of all UN agencies in Lao PDR from 2022 until 2026 in line with the reformed UN development system. The meeting was co-chaired by H.E. Mr. Thongphane Savanphet, Deputy-Minister of Foreign Affairs, and Ms. Sara Sekkenes, UN Resident Coordinator with a number of representatives from 12 ministries and UN agencies in the country participating in the online event.The Cooperation Framework compromises four strategic priorities: People’s wellbeing; Inclusive prosperity; Governance and rule of law; and Environment, Climate Change, and Resilience. Developing the new generation of Cooperation Frameworks is part of the global UN reform, which strives to make the UN development system more coherent, efficient, and effective.

During the event, H.E. Mr Thongphane Savanphet, Deputy-Minister of Foreign Affairs, underlined the good cooperation between the Government of Lao PDR and the UN country team. Over the course of the Cooperation Framework’s development process, the Government of Lao PDR and its Ministries have been consistently involved, ensuring that the strategic document corresponds to national priorities and lays the foundation for sustainable progress. This includes preparing the ground for a smooth graduation from the Least Developed Country status as well as accelerating progress to achieving the Sustainable Development Goals of the 2030 Agenda.

Ms. Sara Sekkenes, UN Resident Coordinator, pointed out that the Cooperation Framework has the potential to transform how the UN works in Lao PDR. The strategic document aims at facilitating closer joint work within the UN as well as with representatives from across Government entities. Moreover, the ‘Cooperation Framework embodies the principle of Leaving No One Behind’, meaning that UN programming, policy, and advocacy efforts first and foremost target to reach the most vulnerable groups, which is a key promise of the 2030 Agenda as outlined by world leaders in 2015.

Ahead of the expiration of the current Lao PDR-UN Partnership Framework 2017-2021, the journey began last year, with the agreement on a Roadmap for the process to develop the Cooperation Framework. This was followed by discussions of Lao PDR’s development context, numerous consultations with various stakeholders about priority areas of the Cooperation Framework, as well as a comprehensive and constructive dialogue with government partners across ministries and entities. This was achieved despite the challenges brought about by the implications of the COVID-19 pandemic.

With the endorsement of the Cooperation Framework, the work of the Joint Steering Committee’ will now shift towards overseeing the final months of the current Partnership Framework, and then monitoring the implementation of the Cooperation Framework from 2022 onwards. The formal signing ceremony is expected to take place in the margins of the Round Table Meeting schedules later this year. 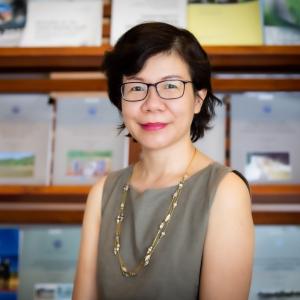